Our staff will be available to let you know the points of interest of our territory.

Asti (15 min. from the hotel) is the fourth largest town in the Piedmont region by population. Besides being well known for its culinary specialties, it is a historic city.
Asti was built by the Romans (as Hasta Pompeia), although the first real foundation is attributable to Ligurian people who had previously founded a village exactly corresponding to the current city. Some sections of the ancient walls are still present in the northern part of the city, and during the twentieth century, the excavation revealed another section of the Roman walls in the city centre.

After Torino, Asti is the main artistic city of Piedmont, and the guardian of a rich artistic and architectural heritage. The city in particular has the largest low middle ages architectural heritage of the region, a memory of what was once the most powerful town of Piedmont. There are numerous towers, fortified houses, churches, domus and palaces. From the Roman period there still remain the Red Tower, probable vestiges of the western gate of the Roman walls, the domus of Via Varrone, the remains of the amphitheater, the baths and the forum.
From the Romanesque period of considerable interest are the crypts of St Anastasius and St Secondo (seventh century) in which the bodies of the patron saint and of Saint John are preserved. In the eastern part of the city you can admire the complex of St.

Pietro in Consavia, based in the medieval priory of the Jerusalemites of Lombardy.
From the low middle ages there are the majestic Cathedral of Santa Maria Assunta, which besides being the largest church in the region, thanks to its stylistically refined decorations is considered the most important Gothic cathedral of Piedmont, the collegiate church of San Secondo, where the relics of the patron saint of the city are preserved, the parish church of Viatosto, the church of Santa Maria Nuova and the church of Our Lady of the Gates, which keeps inside it the mediaeval gate of San Marco. Among the major mediaeval buildings, towers and fortified houses we should mention the palazzo Catena, palazzo Zoya, the palazzo del Podesta' or of the Municipality, the Asinari tower, Comentina tower, the Gazzelli tower and palace, the De Regibus tower, the Guttuari tower, the Natta tower and palazzi, the Quartero tower, Solaro tower, and the Torre Civica (Troyana tower). Also in the north western part of the city you can see a section of the ancient walls used for defence in medieval times.
There are few architectural remains from the Renaissance period. The most important is certainly the Malabaila palace, which in the sixteenth century was home to Louis XII during his stay in the city.

From the Baroque period there are many palaces and churches in Asti thanks to the considerable momentum created by presence of the architect Benedetto Alfieri. Highlights are the church of St. Catherine, St. Paul's Church, St. Martin's Church, the Church of San Silvestro, the church of San Rocco, the brotherhood church of the Holy Trinity and Sant'Evasio, the church of the Consolata and the adjoining Cistercian monastery.
Among the most important baroque buildings are the Ottolenghi palace, the Town Hall, palazzo Mazzetti, palazzo Verasis-Asinari and also the former Brotherhood Church of St. Michael and the former St. Joseph's Church. 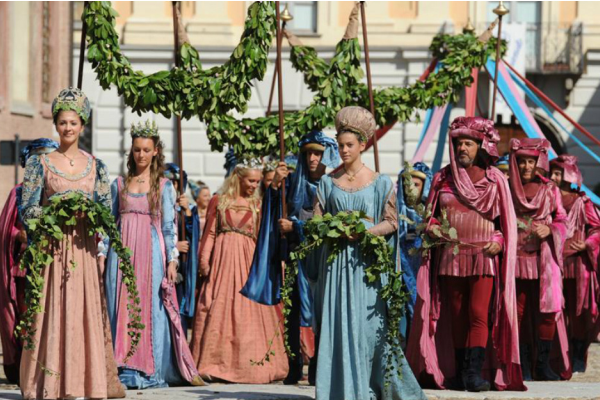 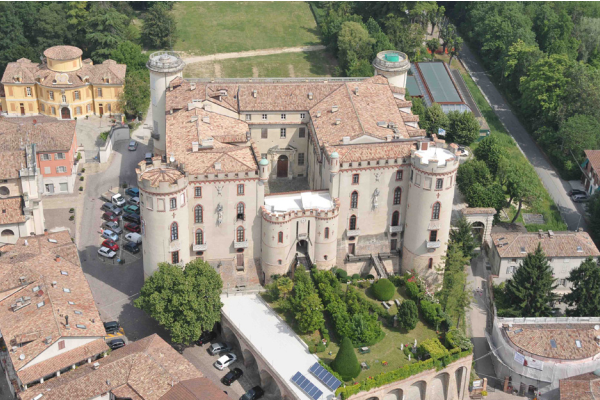 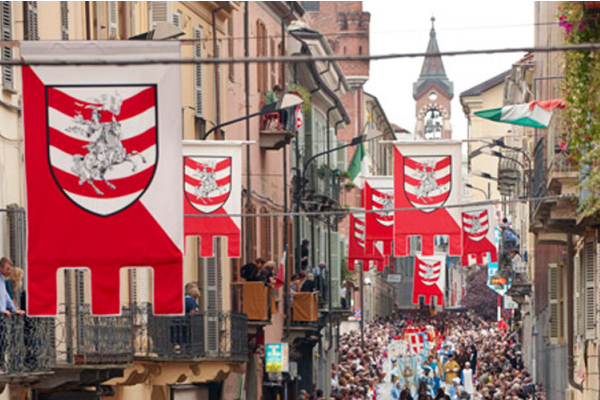